Over the years I’ve made a lot of things out of wood and metal.  And… it’s happened a few times now… I saw something that I just ‘had’ to make.

When I first decided I wanted to make something out of wood I saw a record storage rack that I simply ‘had’ to make.  Looking back, it was very simple design… a good project for a beginner, which was good because I had no idea what I was doing.

I had no tools to speak of, and no space to use.  So I bought the tools I needed as I needed them (really… as I could afford them) and worked on my kitchen floor.  I used only hand tools other than a corded drill.  When I was done I coated it with stain and polyurethane and loaded it with albums.  And I showed it off to anyone who came over.  I lost track of it some years ago.

Then there was a blanket chest from Woodsmith magazine.  For whatever reason I ‘had’ to make it.

Not just any blanket chest… this one.  I now lived in a different apartment and I had a spare bedroom to dedicate to my project.  I covered the wall to wall carpeting with thick plastic sheeting, and taped the plastic to the baseboard.  The only power tool I had was that same drill, so I had to buy a few more hand tools…  My only workbench was a cheap folding one where the whole top is the vice.

I purchased all of the oak from a home improvement store, one board at a time.  It called for hand cut dovetails.  I should have practiced on some cheap wood, but no… I made my first dovetails on the glued up oak panels that I had planed flat.

After about 6 months I applied the last coat of Danish oil to my oil blanket chest.  Turns out I only needed the drill for attaching the drawer pulls.  All the rest was hand tools..  And my first ‘real’ project was done!

The next “had’ to make was after seeing the Mythbusters make a robotic hand to catch arrows mid flight.

I had just purchased a little used 110 Miller welder which would make this build possible.  I had no idea what I was doing with this welder.  The Mythbusters didn’t provide any direction or instructions.  So… I stumbled along, again for a number of months, until I had a finished Robohand.

Finally… we get to the most difficult project yet.  My kids are big fans of superheroes… movies, comics, everything.

So…. could I make a steel version of Thor’s hammer?  I actually did not think that I could.  And for some reason I ‘had’ to try.

I bought some steel… my first order from the local metal store (I bought the minimum order they would sell me) and got to work.  As usual, there are no instructions or real tutorials, so I pretty much had to figure it out for myself.

I did eventually find some people online who had made some amazing versions of the hammer, and I appreciate them posting their work.  So much so that I decided to make my journey into making Mjolnir (Thor’s hammer) into a series of videos on Youtube.  You can find the first one here.

This was also my first time making videos, so… yeah…. at least I tried.

At this point I have made several versions of Mjolnir, and the last one is good enough that I can feel confident and proud of selling them. 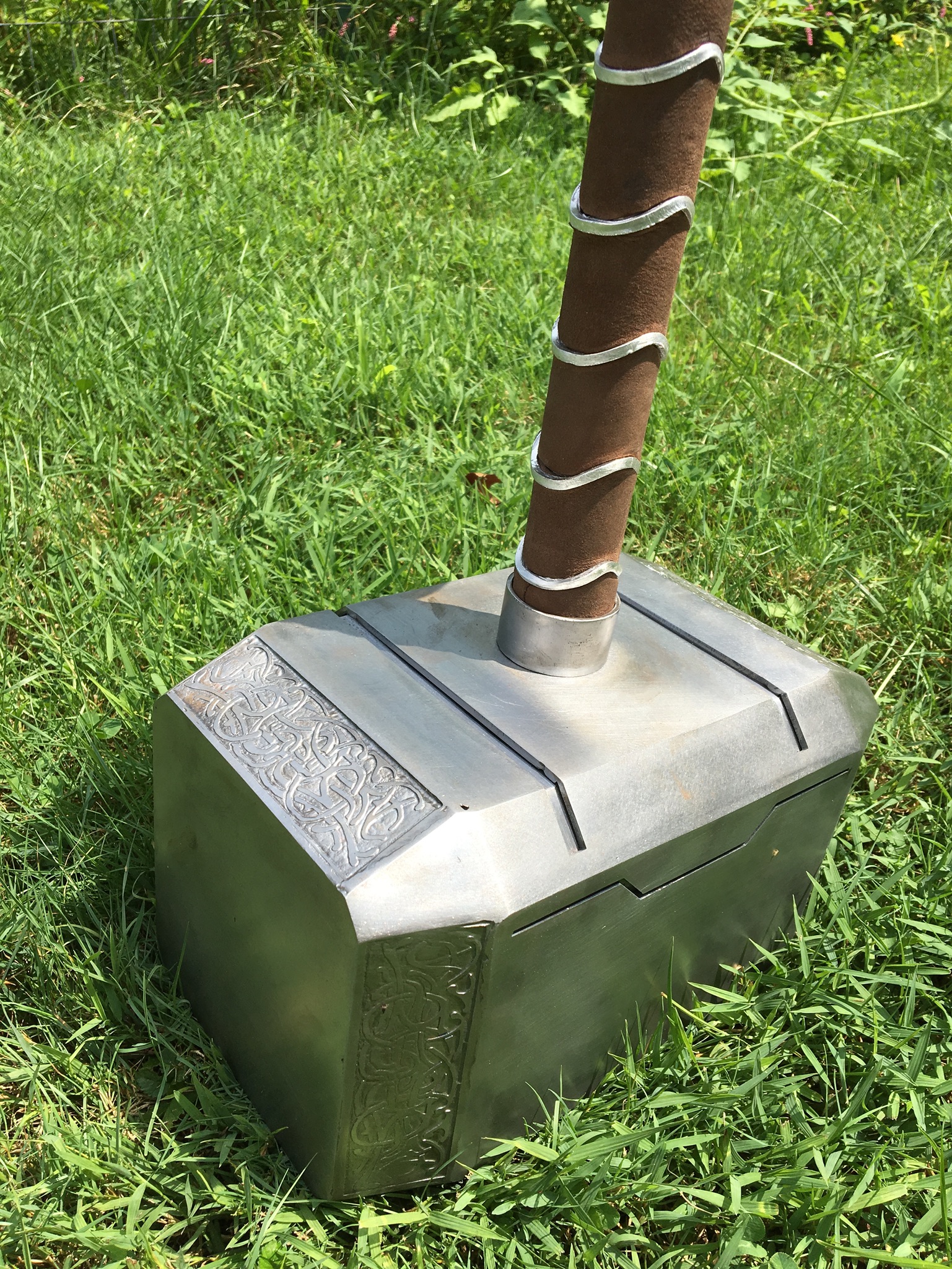 That… has led to making all of these other things, and this website (most of that thanks to my wonderful wife Debbie)

So… if you have any questions about any of my creations, or about making your own Mjolnir, please email me.

Thank you for visiting, 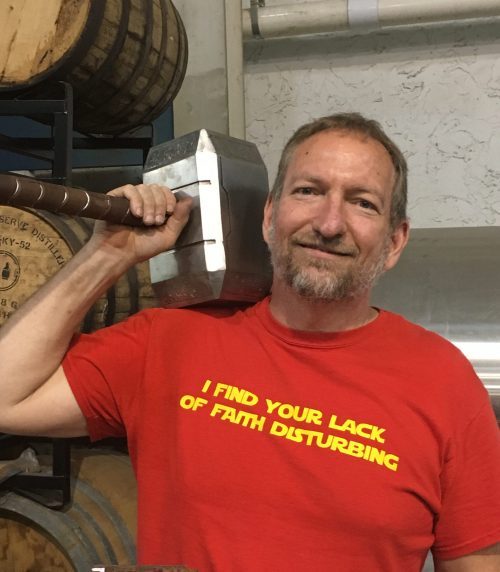 This is me holding my 24 lb welded steel replica of Mjolnir... Thor's hammer.

This is me holding my welded steel Mjolnir replica at a recent craft fair.  It gets heavy after a while!  Some people suggested that I make them  42 lbs (as the stated weight in the comics) and after carrying it around I'm glad that I decided on 24 lbs instead.

I would love to hear your questions or feedback on these hammers, or anything else I have made, so please let me a comment.